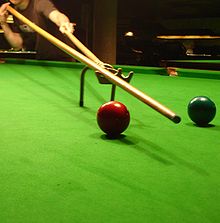 Snooker Betting has grown in popularity with the introduction of live games being shown across the nation. Punters can bet on professional snooker players who play in the World Snooker ranking circuit. Snooker Players rank points, through their performances over the previous two seasons, and this will determine the current world ranking. A player's ranking determines what level of qualification they require for ranking tournaments. The elite of professional snooker is generally regarded as the "Top 16" ranking players, who are not required to pre-qualify for any of the tournaments. The tour contains 96 players — the top 64 from the previous two seasons, the 8 highest ranked professional players on the Players Tour Championship Order of Merit who are not in the top 64, 12 players from the Q School, and various regional, junior and amateur champions.