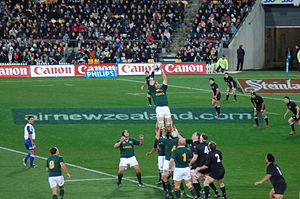 Rugby Union Betting is a growing betting type across Australia, with more bookmakers now taking a greater interest in the sport.  There are a number of events with the primary event being the Rugby World Cup, which was first held in 1987, it now takes place every four years, with the winner of the tournament receiving the Webb Ellis Cup. The Six Nations Championship in Europe and The Rugby Championship in the Southern Hemisphere (the latter replacing the Tri Nations) are major international competitions held yearly. Major domestic competitions include the Top 14 in France, the English Premiership in England, the Currie Cup in South Africa, and the ITM Cup in New Zealand. Other transnational competitions include the Pro 12, involving Irish, Italian, Scottish and Welsh teams; and the Heineken Cup, involving the top European teams from their respective domestic competitions.